Scrolling in an elderly fashion 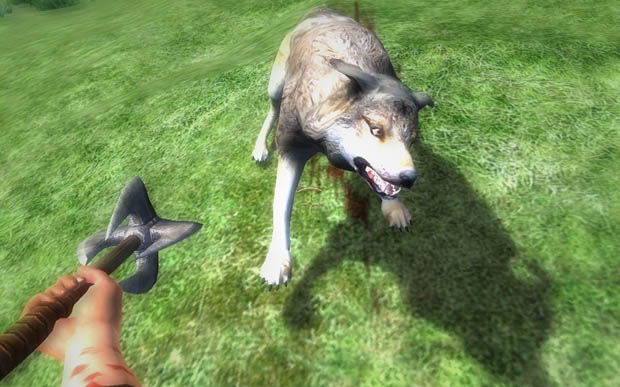 In preparation for my upcoming Skyrim review session (and by “session” I mean “10 days of doing nothing but play the game”), I’ve been sinking some actual time into Oblivion in order to gain a little more context. The half-dozen hours of play time I’ve dabbled in over the past few days confirm exactly why I haven’t played a Bethesda/Obsidian RPG for more than an hour. It’s not that I don’t like the games, it’s that once I start I know I’ll become engrossed and be unable to stop. Plus, as I’ve said elsewhere, I play them wrong. My Oblivion time has mostly been me traveling to the edge of the map and trying to determine the game world’s boundaries. I almost admire the graceless and heavy-handed approach the game takes to its invisible walls: It actually tells you to turn around and go the other way. In six hours of play time, I’ve barely leveled up once and passed through two whole villages.

I have, on the other hand, spend a lot of time shooting angry wolves in the mountains, hitting them with arrows before they even realized I was around. I realize too late that I probably should have given my character a better moniker. A code name, maybe. Something like… “Wolf Sniper.” No, no… that’s not quite right. I’ll keep working on it.

10 thoughts on “Scrolling in an elderly fashion”