Trek Trek: I’ve got faith (of the heart)

I finished the pilot episode of Enterprise today. The sexy rubdown parts weren’t nearly as pandering as I remembered; they’re just weird. I think they were meant to be ironic, since the two characters slathering sexy gel all over one another’s bodies were having a passive-aggressive, hateful discussion with each other as they did their saucy massage. It didn’t quite work. Instead, it’s more like Trek costume foreplay, with Trip the nerd man role-playing the part of McCoy as he forces his girlfriend to pretend to be she-Spock. Ick. 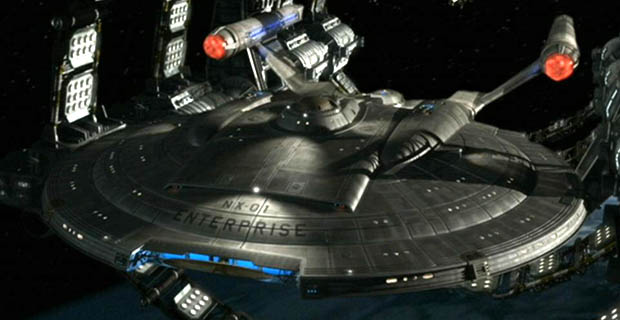 The story wrapped up decently enough, although the good guys were lucky the bad guys only shoot to wound. I’d forgotten the whole “temporal cold war” thing, though, but it’s pretty much the most bone-stupid concept ever based on the name alone.

And to clarify something I wrote yesterday — I like the design of the Enterprise NX-01! I just feel like the finishing is too much like the Enterprise 1701-E, which is just shamefully inappropriate, how dare they, etc. etc.

FYI, these write-ups won’t be a daily thing. I’m just kicking things off. Please do not abandon GameSpite in droves!