I’m back from Montreal. It’s an interesting city; I’ve heard more French in the past two days than the rest of my life combined. I wondered aloud before arriving if the Canadian reputation for niceness or the French reputation for snootiness would triumph; ultimately, it seems, French-Canadians are like those hyphenated crayon colors, where the second color in the name is the dominant base and the first color is simply the modifier. Likewise, my experience in Montreal suggests that the “Canadian” part dominates. Although apparently some Québécoise would find such a characterization insulting, so never mind. 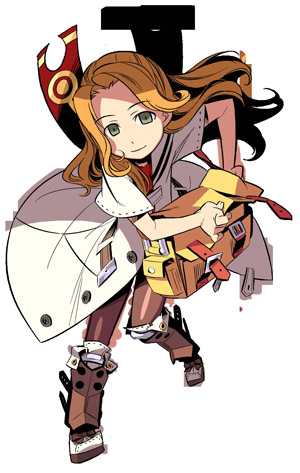 The thing that really strikes me about Montreal is that it appears to be some sort of temporal nexus. I planned out this trip months ago; meanwhile, it turns out my parents independently planned a trip there ages ago. We didn’t find out we’d all be in the city at the same time — our first time there for each of us — until a week ago. So I ended up having breakfast with my parents on a business trip. But that’s not all! I also ran into a former coworker who was on the same flight as me, stopping in Montreal for a night on a layover to Spain. And then it turns out another former coworker works PR for Eidos Montreal and we ended up unexpectedly having dinner together.

All that, and I still didn’t have a chance to try poutine. I was hoping to get both that and natto under my belt by the end of the year so I could say I’ve had them and never have to eat them again. Alas.

Oh, right. And to make this relevant to “game spite” and also the justify the image to the right, I should mention I continue trudging my way back toward where I left off in Etrian Odyssey II‘s fourth stratum. After playing some of the game while browsing through articles and Let’s Plays of Final Fantasy VI, though, I’ve decided that what I want more than any other kind of game in the world is an RPG that somehow combines the style and mechanics and perspective of an Etrian Odyssey-like first-person dungeon-crawler with the warmth, charm, characters, and story-driven events of a game like FFVI. Does such a thing exist!? I need to know, world.

23 thoughts on “Le something something”