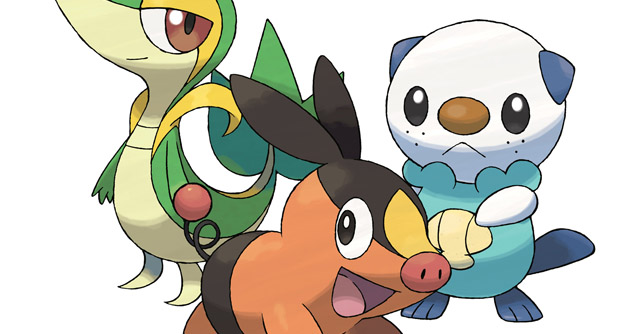 I decided to dig into Pokémon Black last week so I’d be able to talk about it for podcasts or whatever, but I think I’m throwing in my hat after about five hours. I enjoyed Pokémon Pearl a few years ago, and I spent more time with HeartGold last year than I care to admit, but for some reason this latest version feels like an arduous chore. Well, not “some reason.” The problem is that I played this exact game a few years ago and spent more time with it last year than I care to admit. The breaking point was when I walked into a cave and encountered a bat. It wasn’t called “zubat” this time, and it had a fuzzy face, but it was still evasive and used confusion attacks and was basically annoying in all the same ways that zubats are annoying. I looked at my party of reskinned vendor trash and my elemental-themed starter and realized that I just don’t have the patience to retrace these particular steps all over again.

The weird thing is that, despite being almost exactly identical to every other Pokémon game to date, Black and White feature a lot of changes and additions. But Game Freak’s philosophy for developing sequels isn’t to change the essentials but rather the peripheral elements, to recreate (or rehash) the basics while piling new features on the post- and meta-game. It’s a weird approach, and I guess it’s not a bad approach. The people who are into the high-level game presumably blitz their way through the boring main slog in order to get to the new stuff. I don’t play efficiently and ruthlessly as that… plus, I’m not into the high-level game. Or the basic game, for that matter.

Anyway, all of this prompted me to return to my copy of Dragon Quest IX and start digging into that high-level game instead. I finally made it to the 15th floor of Masayuki’s map, and it was pretty intense. I guess the lesson here is that if I’m gonna subject myself to a tedious, time-consuming grind, it has to be one that I really enjoy. Either that, or I’d rather fight slimes than fake zubats.