This is not a review of Metroid: Other M

I was thinking I’d have a personal review of the new Metroid up today, since I had plenty of time to play it over the weekend. But… I actually didn’t play it much. After reviewing Ys Seven, I just couldn’t willingly subject myself to a game with the exact same problem as the latest Ys: lots of sublime action interrupted by entirely too much compulsory, poorly-written, unwanted, and frankly unnecessary narrative. In fact, I’d say it goes a step beyond “unnecessary” and into “counter-productive.”

That being said, Other M is a really good game, and I don’t want to contribute to all this weird groupthink I’ve been seeing since the reviews began to hit. An alarming number of gamers who were seemingly looking forward to Other M saw mixed reviews and suddenly decided to bail on the entire game without even trying it for themselves. I’m admittedly annoyed by the contrivances of the plot and the gawdawful voice acting, but that doesn’t change the fact that the other 90% of Other M is a brilliantly crafted take on the Metroid formula. I’ll be playing through the game for myself once I’ve recovered from Ys! This weekend, though, I decided I needed a little time with Dragon Quest IX, since I’m 100 hours in on my file and enjoying a more-or-less chat-free experience in which I’m free to muck around as I please, exploring advanced game mechanics, without being forced to stop and sit through stilted cutscenes once an hour. 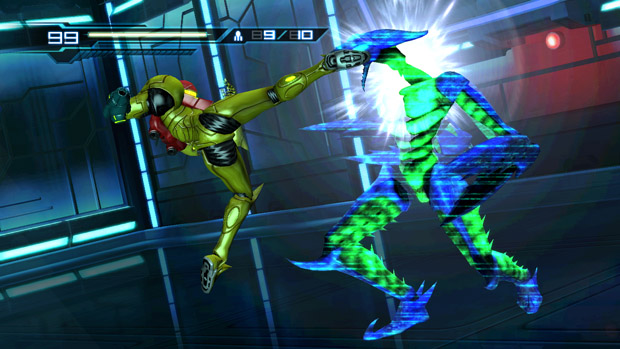 In some ways, I think Nintendo is making a mistake in bothering to make new Metroid titles at all. There’s no real benefit to it. Sure, fans clamor for them, but said fans also hold the series to the impossibly high standard of Super Metroid, a game whose success was a fleeting stroke of good luck. How do you follow up a work that many people consider perfection? If you stray too from its design (as in Fusion and Other M), you’re slammed for missing the point. If you replicate the design, you might get away with it by wrapping it in new tech (as in Metroid Prime) — but only once. Look no further than the Zelda series for a more fully realized example of what I’m talking about. Ocarina of Time was little more than A Link to the Past in 3D, but because it was in 3D it felt fresh and new. Twilight Princess was simply a more refined iteration of the same structure, and it’s suffered tremendous blowback for feeling stagnant and unimaginative. Wind Waker, on the other hand, deviated considerably from A Link to the Past’s structure, and the parts that were different are the ones people hate.

Nintendo’s brought them upon themselves, of course. Their approach to game design is often revolutionary, but once they’ve struck upon a great idea they iterate it almost mechanically to the point of nauseating redundancy. I’m sure Skyward Sword is going to sell well enough, but it’s been greeted with infinitely more skepticism and derision than one could have imagined facing a Zelda game 10 years ago. Nintendo’s adherence to formula isn’t always bad; the core structure of the Super Mario franchise has barely changed since 1985. But the Mario framework is much larger and more loosely defined than the templates for Zelda and Metroid; Mario’s is about running, jumping, and acquiring power-ups in a series of diverse levels grouped within large, thematic worlds. That creates a canvas for all sorts of creative expression, and with only a very few exceptions (mainly the first New Super Mario Bros.) Mario’s designers have maximized their freedom while still remaining true to the series’ spirit. Super Mario Galaxy 2 and New Super Mario Bros. Wii clearly share a common heritage, yet each one is a huge adventure bursting with brilliant new ideas in every stage. They form a one-two punch that demonstrates just how perfectly the Mario formula lends itself to invention.

With Zelda and Metroid sequels, on the other hand, Nintendo doesn’t merely replicate the big-picture structure, but also the specifics of flow, plot, and player progression. Mario games have a sense of progression only in that you know each world will offer more difficult challenges than the last; the other series, however, tend to force the player to gain the exact same skill set in the same order every single time. The specifics change, but not enough to prevent a sense of stagnation seeping in.

I think the best Nintendo can hope if they stick to this repetition-or-revolution approach is a release so offbeat and different that it becomes a cult favorite, a la Majora’s Mask. But that’s another fleeting stroke of genius we’ll never see again.

I’m increasingly growing concerned for the future of Zelda and Metroid. Nintendo desperately needs to rethink their approach to them; simply grafting a new interface onto game design that’s otherwise failed to change significantly since their 16-bit iterations is a gimmick that’s wearing distressingly thin. The biggest problem reviewers have had with Other M, I think, is that it’s essentially Metroid Fusion in 3D, just as Prime was Super Metroid in 3D. But it takes the parts that people didn’t like about Fusion — all the forced chatter, monologuing, and locked doors — and amplifies them, while the parts carried over from Super Metroid aren’t significantly improved, just more action-oriented. I’m not really sure who the game is targeted toward, but if they were hoping to appease Metroid fans… well, clearly they don’t understand the psychology of fandom very well. The people who are most inclined to enjoy it are also the ones who are the least inclined to give it a fair chance, their hands being full of so much baggage and all. 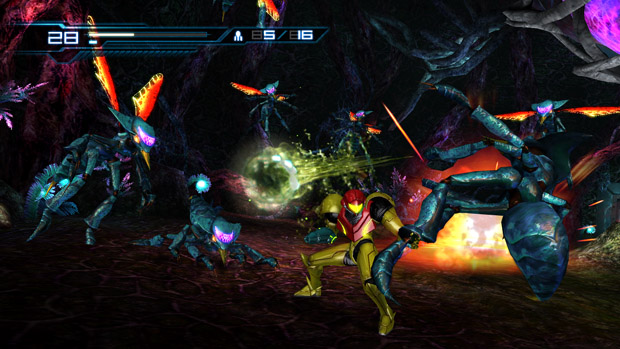 That’s why I adamantly refused to be assigned the 1UP review of Other M, actually. Well, I declined in part because I believe the site can benefit from other voices weighing in on legacy series, but I also sat this one out because I could see how different Other M is from its predecessors, and I was worried that — given the series’ influence on my tastes and my life — I wouldn’t be able to give it a fair shake. In playing it, though, I’m finding that isn’t the case. I’ve really enjoyed the game so far, and my distaste for the narrative isn’t because it doesn’t belong in a Metroid game or because they’re destroyed Samus’s character, bloo bloo bloo. It’s because the narrative is really badly written, badly acted and directed, and intrusively grinds the action to a frustrating halt. Yet Other M has also helped me realize that somewhere in the past year or two, I’ve stopped getting worked up about sequels to beloved franchises. Sometimes they’re good, sometimes they’re not, but they don’t diminish the classic games that I love. At their best, a contemporary sequel can reinvent and modernize a franchise; at their worst, well, I can just ignore them. But I don’t expect a sequel to some game I loved on NES or PlayStation to offer a shinier carbon-copy replica of that old game, which is, I suspect, what a lot of people do want. But this medium needs to evolve, and it’s important for legacy series to participate in that process rather than simply stagnate. I don’t think holding Other M side-by-side with Super Metroid and raging because they’re not the same experience would do anyone any good, and honestly I’ll take an uneven but ambitious attempt to reinvent a series a la Final Fantasy XIII over yet another predictable romp through a well-established formula.

Which isn’t to say I didn’t love the hell out of Mega Man 9, of course, but every rule has its exception.

Thankfully, Other M does make an effort to advance. Its cutscenes are wretched and invasive, sure, but they’re the most involved that have ever come from an internally developed Nintendo game. Other M’s plot bits come off with that awkward quality of early PlayStation games, because that’s precisely where Nintendo is in terms of narrative design: where everyone else was 15 years ago. Maybe the next time around, they’ll catch up with the rest of the industry and create something that isn’t quite so dated and cringeworthy. In the meantime, the rest of Other M is fairly predictable, but it’s expertly constructed and feels like a brilliant midpoint between the classic and first-person chapters of Metroid — and it’s saturated with a haunting sense of solitude that sends pangs of Super Metroid reminiscences shooting down my spine.

In the fact, the more I think about it, the more I wish I’d kept playing over the weekend. So I guess it does something right, eh.

42 thoughts on “This is not a review of Metroid: Other M”