A little while ago, Cat and I had some house guests — old friends of hers. Who, as it happens, are pretty serious foodies. So I decided to introduce them to the weird world of Japanese Kit-Kats. They were totally game; in fact, I offered them several choices of bars to sample, and they picked the one that seemed strangest: Ginger Ale. 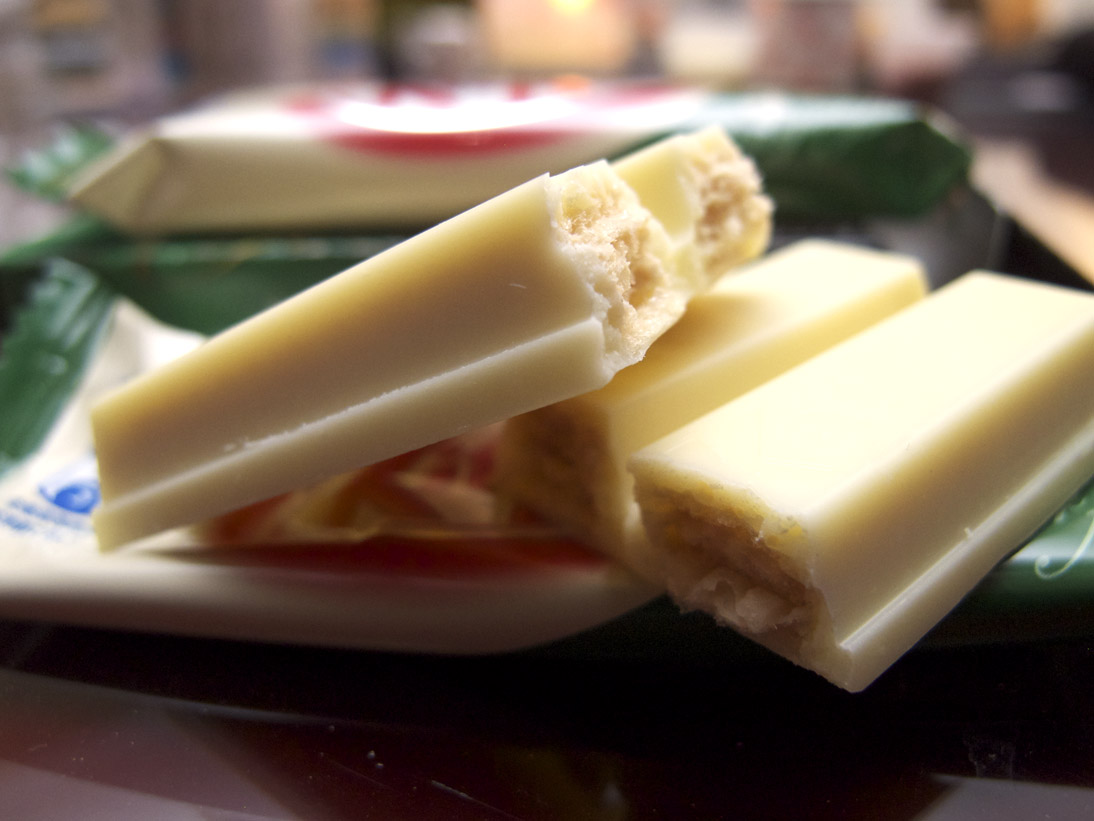 I didn’t have high hopes for this one, because — well, look. White chocolate. Nothing good ever comes of that.

Or so I thought! But Ginger Ale Kit-Kat isn’t exactly plain white chocolate. The bar’s coating has a slightly lemony flavor, and the hint of citrus gives personality to what is normally a sort of overly sweet, lifeless mockery of real chocolate. It doesn’t exactly bring to mind “ginger ale,” though. In fact, the first sensation this bar gives is that it’s a lemon Kit-Kat — pretty decent, but not what was billed.

But then, something crazy happens. Right about the time you fully process the taste, the wafer and creme hit your tongue. Suddenly, the flavor totally changes. The candy bar begins to fizz, literally fizz, just like real ginger ale. The taste of the Kit-Kat mellows and loses the citrusy sharpness of that first impression, broadening into something much closer to ginger ale.

The secret of this particular confection is that the wafers infused with something akin to Pop Rocks. Our foodie friends suggested it’s some sort of citric acid; whatever the case, it creates a convincing sensation of eating ginger ale. It’s strange and unexpected, but it works, and it’s incredibly satisfying — an unconventional approach to the classic Kit-Kat that creates a curious confluence of snacks all at once: chocolate bar, fizzy candy, and soda. Unexpectedly, Ginger Ale Kit-Kat has become one of my favorite iterations in this particular venture.