The galaxy is at pe 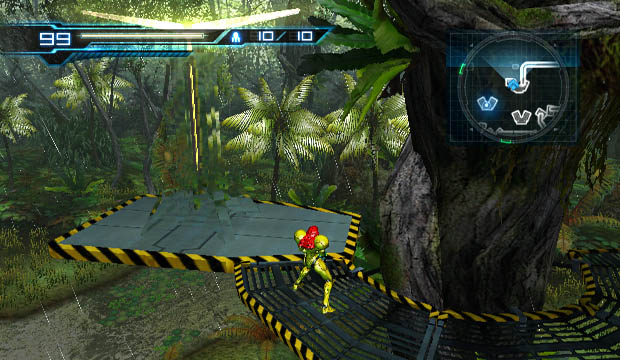 I had a chance to play Other M the other day, and it was really quite surprising. I’m sorry to say it, but I haven’t really had much interest in the game to date. It’s neat that it exists, but I’ve seen too many disappointing sequels and revivals of good franchises to be able to muster up excitement for an upcoming release simply because of the name on the box. You know, like Metroid Prime 3. And, to be completely honest, what I’ve seen of Other M has been more or less the opposite of what I’d want to see in a “classic” Metroid game: Lots of awkward exposition and stilted cutscenes, an emphasis on hyperkinetic action, and very little of the meaty solitude and exploration that hooked me on the series (and gaming!) to begin with.

Happily, it looks like this is simply a crime of presentation rather than actual design; Nintendo just hasn’t shown off the good stuff yet. I guess their demo planners have a different idea about what makes a compelling sample of a Metroid game than I do.

So yeah. Other M is on my preorder list now. Between this and Ys VII‘s stealth launch, I had to sack my preorder for the Lost series box set in order to be able to keep to my August budget. REVIEW BONUS: That means Lost is only worth, like, 60 bucks instead of 150! C MINUS.

DOUBLE BONUS: The intro to my Other M preview was intended as a playful jab at Kohler’s somewhat infamous “I am awesome at Mario Galaxy 2!” preview… until I realized that my competence at the game actually was a meaningful hook. Hopefully, this means that someone will pen a preview mocking my superficial cockiness six months from now, and the wheel will continue to spin.