A tribute to Sony’s hardware engineering

Racing to review a game before a deadline is nothing unusual; that’s just kind of how it goes, really. A game like Peace Walker shows up a few days before it launches and the review embargo lifts, and we little media monkeys scramble to cover it as quickly as possible. Not my favorite way to play, especially with a game like this — it’s crammed with optional material and supplemental content — but such is life.

Much less common is a race against hardware obsolescence to review a game, but I guess that’s just the magic of Sony engineering! My PSP-2000, bought in 2007 and used only occasionally, has decided it no longer wishes to fight the good fight, and now the video system is going. It started a couple of days ago with a faint vertical band at the left side of the screen, which I just assumed was a stylistic visual element unique to Peace Walker. But then I discovered the band would appear even in the XBM and other games, and now it’s spread. So what should look like this: 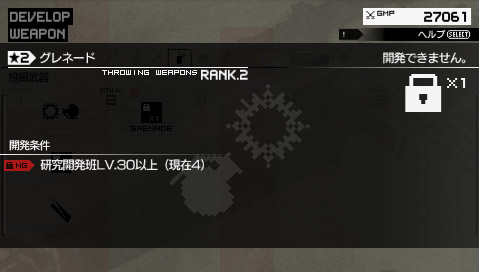 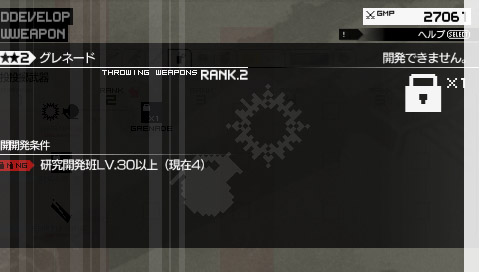 So that’s pretty awesome. The visual defects are getting worse by the hour, so I’m literally rushing to finish the game while I still can.

For fun, here’s a brief history of my experience with Sony hardware over the past 13 years!

Meanwhile, my Xbox 360 (which I’ve owned for four years) still works fine. And while I’ve had some issues with the (ridiculous number of) Nintendo DS systems I’ve owned, Nintendo was happy to repair them for quickly and for free, even once they were out of warranty. I suppose that’s just what makes Sony special.

The worst part of it is, I’ll be replacing my PSP sooner or later, because even though I’m sick of wasting money on Sony’s shoddily-made hardware, there are just enough games on the way that I really, really want to play — Persona 3, Parasite Eve: The 3rd Birthday, and all those Falcom games XSeed just licensed — to make it worth my trouble. But first, I’m gonna wait around for E3 to see if maybe they announce a new PSP. Needless to say, I’m eagerly looking forward to their next generation of expensive crap that will eventually break down and force me to replace it out of pocket.

34 thoughts on “A tribute to Sony’s hardware engineering”