Today, a palate cleanser. After a harsh regimen of weird imported Kit-Kat flavors all built on a white chocolate base, I desperately needed something a little more normal. So I decided to crack open one of the flavors I’ve been saving for a rainy day: Whole Wheat. 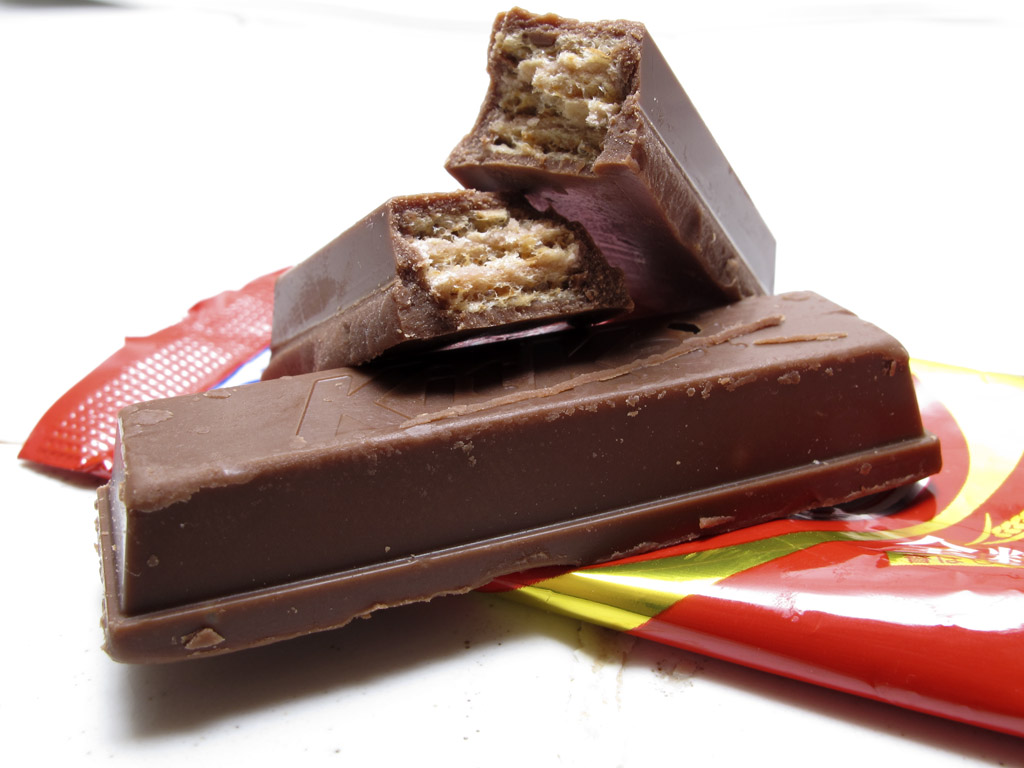 OK, so I guess the premise of a whole wheat candy bar isn’t necessarily inherently appealing… in fact, it sounds a little odd, when you stop and think about it. But I’ve been banking on the hope that the “whole wheat” referred to the wafer inside the bar rather than some weird flavoring added to the chocolate exterior. Happily, I was right.

By and large, this was essentially just a normal Kit-Kat mini bar. A blind taste test would have left me thinking I’d just eaten a plain ol’ Kit-Kat, although I’d probably have walked away idly wondering when Kit-Kats got so darned good. The difference between this and your typical off-the-shelf bar is incredibly subtle, which is a welcome change of pace from all the bizarre colors and wackily intense flavors Japan usually churns out.

While I’m not entirely certain what makes a whole wheat wafer different from a normal wafer — what are they usually made of, anyway!? — from the end-user perspective, it’s definitely not as sweet. There’s a slightly nutty note to the flavor, and the texture is a bit… well, “grittier” sounds negative, but it’s slightly grainier and less crisp. But not in a bad way.

The change in the wafers has a similar effect to using dark chocolate: It cuts the sweetness just a bit. Given that candy bars tend to be a bit too sweet, that makes this one of the best Kit-Kats I’ve ever tried. Which, at this point, is saying quite a bit! I’d call it second-best, in fact… right after the amazing winter premium Kit-Kat I found in Inara in 2008, which had dark chocolate covering wafers with a black tea creme. Man, I’d kill for one of those… but in the meantime, whole wheat makes for a nice second-best.