The venting of the spleen

This week, I did something I haven’t had the occasion to do in quite a while: I published an article which was little more than me being a cranky, sardonic jerk about videogames that annoy me. I’ve been so darned positive about games lately, for the most part, which mostly has to do with the fact that my free time is limited and I only spend it on games I enjoy. 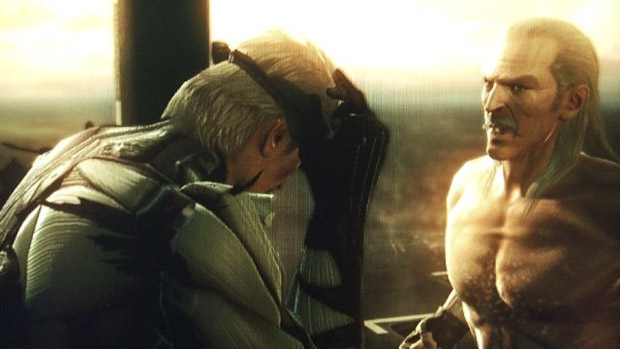 It was particularly satisfying to vent about how absolutely terrible the final stupid fisticuffs encounter of Metal Gear Solid 4 was, but I’m absolutely shocked to see how many people are willing to stand up and defend it. To my mind, it is the absolute lowest point of a series that alternates wildly between brilliant and brain-dead, and frankly I was kind of tempted to give MGS4 something in the neighborhood of a C just because it was such a terrible, inappropriate finale to the saga. This does not seem to be the general consensus on that sequence, though, and that baffles me.

Oh well. Internet be wack, yo.

Back to being positive, though: I’ve just opened up a Talking Time thread for voting on games to include in GameSpite Quarterly 6. Where the publication’s second issue was about the greatest games ever (according to you folks), issue six will be about the most underappreciated games ever. (Titles that appeared in GSQ2 are disqualified for what I should hope are obvious reasons.) So, please do log in and vote for your top three personal picks. Subjectivity is totally great! I want this to be an interesting list that forces those of us writing to really think about what makes games worth playing, and these games in particular.

30 thoughts on “The venting of the spleen”