Reaching out to the risk-averse 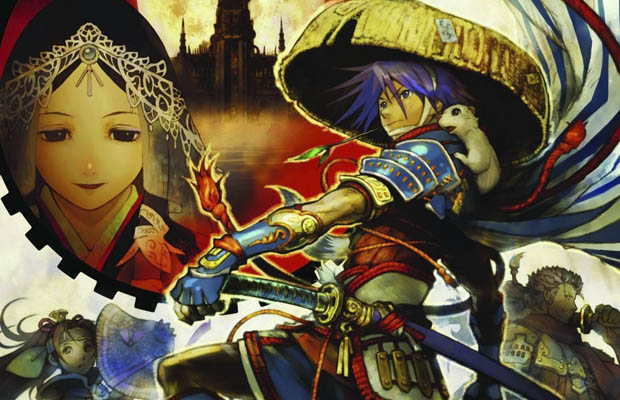 My 1UP review of Shiren the Wanderer went online last night. I’m going to be completely frank, here: I’m not very happy with this review. Atlus’ annoying effort to disavow all knowledge of the word “roguelike” is partly to blame, because Shiren is very much of that particular school of design, and it’s important to have that fact available up front so that gamers know exactly what’s in store for them. Of course, once that’s made evident, chances are pretty good the average gamer is going to tune out the rest of the article because they either don’t like roguelikes or don’t care. So then the review would mainly be a matter of preaching to the choir and should concern itself with the way specific mechanics work (or don’t work). Except that I don’t want the genre to remain a closed niche of disinterest, because I find games like Shiren very interesting for a lot of the same reasons that people went nuts over Demon’s Souls and Torchlight last fall. So then all at once I was trying to clarify the nature of the game, explain how well it works as a roguelike, and convince nonbelievers that they might actually enjoy it if they gave it a fair try. And I’m not sure I really accomplished any of that! Oh well.

Look, Shiren is good. I like it a bit less than the DS game from a couple of years ago, because its structure is different; the main quest is a bunch of smaller dungeons with a fairly flat challenge level, with most of the really interesting dungeons reserved for play after the story is complete. More disappointingly, though, it largely neuters one of the original Shiren’s most compelling design elements, the ever-evolving world. The hero in the earlier game was caught in a perpetual, sisyphean loop of death and restarts, but his efforts effected small, persistent changes in the world through which he traveled — changes that slowly pitched the odds in the player’s favor. The Wii game more or less abandons that element, with tasks to complete for townsfolk that work more like traditional RPG quests. But even with that subtle yet significant change, Shiren is a big, interesting game — if you’re willing to take it on its own terms.

If anything, games like Shiren should be commended: They’re some of the last bastions of genuine challenge in games. Likewise Dead Rising and Demon’s Souls. Even Mass Effect 2 turns the possibility of death or failure into a strength in its endgame, presumably with ramifications for the sequel, and I’ve heard Heavy Rain (much as it otherwise fails to impress me) does likewise. Rather than skirt around the possibility of failure or try to completely obliterate it, they turn it into a strength — a core tenet of the game design. Death in games isn’t always a good thing; countless games pride themselves on their purported difficulty, but arrive at that level of challenge through poor design, making players feel like they’re being punished for failures that don’t really feel like the player’s fault, or like they could have been reasonably avoided. That’s the worst. But I really savor games that push me to the limits of my abilities — regardless of whether that’s my reflexive real-time motor skills or my ability to survey a turn-based situation and respond tactically — and make me work for a victory that is in no way assured. And I admire a game that can transform my failure into something interesting, possibly even advantageous.

If I ever have a chance to make a videogame (though at this point, it’s pretty likely that I’ll never have the freedom to do that; I’m much too busy pouring my every waking moment into simply sustaining my existence), I hope I can come up with some clever way to turn death into an outcome that players may not actually embrace, but that they’ll at least respect rather than resent. Of course, in saying that, I’m dooming this nascent proto-game to niche status, because the gaming public has grown incredibly risk-averse. The words “death” and “failure” have become conflated with “losing,” which isn’t always the case. And it’s an understandable reaction in light of all the badly made games that have trumpeted their poorly implemented challenge as a selling point; games are meant as entertainment, and there’s nothing really enjoyable about being thwarted by poorly-designed obstacles or unresponsive controls or cheap “gotcha” gimmicks. Don’t let badly made games dissuade you, though. Death (in a game) can be a good thing! Honest.

Anyway, I really love the Shiren games, and I hope everyone reading this gives the new one a fair try. Even if it’s just a rental, your doing so would make me happy. Maybe you won’t like it, and that’s cool. But there really is something fascinating about games like this, and I’d be happy if my continued stumping for the game turns a few more people onto the series or genre. Needless to say, you’re invited to share your thoughts in the requisite Talking Time thread.

And no, I don’t have a personal stake in extolling the virtues of this game, aside from the fact that someday I’d like to be able to play Shiren 4 in English. It’s a pure, chaste sort of love, untainted by publisher kickbacks.

17 thoughts on “Reaching out to the risk-averse”