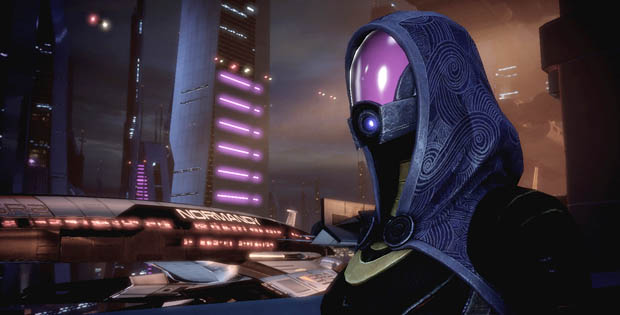 My Mass Effect 2 review went online overnight, which is good. Now I can go back to life as normal after freebasing the game over the weekend. I’m much too old for beating a huge RPG in a couple of marathon sessions, even if it’s something I really enjoy. Which is definitely the case with ME2; the review I wrote is fairly critical, but I loved the game and can’t wait to play it again (this time with a Renegade character). It has some flaws, but the atmosphere and game worlds are really top-notch. And even if the mechanical underpinnings are flat compared to the first game’s RPG-driven structure, the combat tends to be pretty involving. I started up a New Game Plus run just to top off some quick achievements at a higher difficulty level, and the action really shines when the pressure is increased (although I would hazard a guess that playing on the maximum difficulty setting is a task for people who don’t believe that videogames are meant to be fun, per se).

Minor character spoilers in the coda behind the jump.

And I have to give the game credit: It made me regret rolling a female Shepard for the first time. Shepard’s still much better-acted as a female, but the male Shepard has the option to romance Tali, who was hands-down my favorite character in the original game. Accursed BioWare! Actually, I was kind of surprised that there are no same-sex romance options at all in ME2. I guess Prop 8 passed on the Citadel, too. Or, more likely, the developer was burned by Fox News’ idiotic, uninformed shenanigans about OMG LESBIAN ALIEN SEX and took a more conservative approach with the in-game relationships to avoid more unwarranted blowback. (I hope that wasn’t the case.)