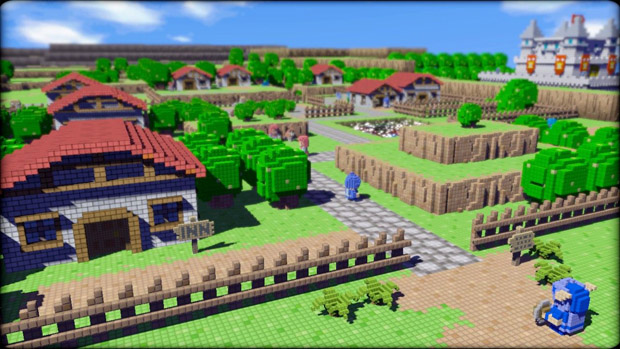 I sat down last night and started up a new file in the import version of 3D Dot Game Heroes. I was instantly transported to 1988; the game isn’t so much an homage to the original Legend of Zelda as it is a high-tech ROM hack. I was gratified to discover that it captures not only the look and general mechanics of Zelda, but also my favorite part of the game: The free, open nature of the world. It’s a little more linear than the original Zelda, mind you; there are lots of progress-choking key points that require specific weapons, in the style of A Link to the Past (and every subsequent Zelda). Still, it’s pretty close.

So I didn’t play much of it last night. I saved it for today, so I could wake up early and spend my Saturday morning playing, armed with my pajamas and a bowl of junk cereal (there was a sale on Golden Grahams, you see). The experience was almost exactly like being 13 years old and baffled by the mysteries of Hyrule, except with HDR lighting. Eventually, I showered and dressed, but the spirit of 1988 lives on: I’m wearing a vintage electric blue Coca-Cola rugby shirt.