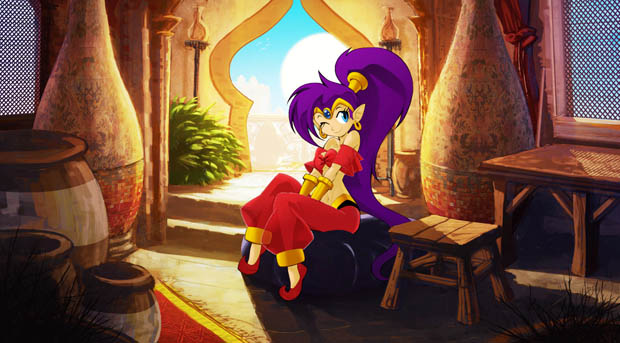 So maybe it’s true that we’re on the cusp of a new ice age of game localizations; U.S. publishers are looking at their bottom lines and saying, “Huh, maybe we can’t afford to cater to the niche quite so enthusiastically when no one has money to spend.” Interesting-looking games like Blood of Bahamut and SaGa 2: Goddess of Destiny and 7th Dragon seem likely to die a lonely death in Japan, just as in the 16-bit era, and there’s not a damn thing you or I can do about it. (Unless you are the business development director of a niche publisher, of course, but I’m pretty sure Shane Bettenhausen never deigns to reads this site.)

It sucks, huh? Yes, it sucks. But there’s still light in these dark times, hope for little flickering spots of joy to blaze against the darkness of a million identical first-person shooters slogging through the shiny grey dross of the Unreal 3 Engine. Not hope from Japan, no. Japan is less and less of a player every day; accept it and move along. But there’s plenty of talent much closer to home, talent capable of looking beyond the obvious lure of the cutting, cookie-cutter edge of technology. There always has been. The difference is that now there are more venues for that talent to be expressed beyond iffy PC freeware, console and portable venues that cut through the inevitable driver and controller and update issues of PC gaming and offer the simplified experience preferred by those of us who’d rather not have to work for their entertainment. XBLA and WiiWare and PSN and PSP Minis and DSiWare. And now it all has the perfect poster child: Shantae

I’ve written about the Game Boy Color version of Shantae a few times over the years, because it’s a fine little game. It was, in effect, a really fantastic non-linear NES platformer shoehorned onto a portable system; it was fun, it looked great, and it had an amusing sense of humor. And, eight years later, it’s still the only game in what should by all rights be a series at this point.

It’s not for lack of ambition. Shantae’s creators, WayForward Technologies, shopped the prospect of a Game Boy Advance sequel around for years. Unfortunately, no one took the bait. Who knows why not, but in retrospect it was kind of a miracle that the first game ever made it out at all. It just so happened that Capcom decided there was money to be made in supporting the end-of-life Game Boy platform while everyone else was bracing for its successor and pushed out a ridiculous amount of good content for the system long after it had otherwise been abandoned. For whatever reason, no one was willing to take a similar risk with the next portable generation, and so Shantae languished but for a wistful dream on the company’s fansite and a handful of obsessive fans. (For the record, I don’t count myself among their numbers — I want a sequel, but I do have some sense of perspective about it all.)

Shantae Advance looked pretty good, even if it was only a mock-up; the images above were officially released to press sites by WayForward to drum up support for the game. And when news came that Nintendo would be offering DLC software for DSi, one of my first thoughts was: Hey, this would be a great fit for Shantae. When WayForward announced support for DSiWare in the form of the pretty darned good Mighty Flip Champs, I nodded and thought: This is a good sign. And now, finally, Shantae: Risky’s Revenge is a real thing that has appeared in the pages of Nintendo Power, and it was written up by Phil Theobald, who is a good person and would not toy with our feelings.

Risky’s Revenge wasn’t a shock, really. The big surprise is just how much better the game looks than it really needs to. WayForward could have gotten by with simply repurposing Shantae Advance assets and calling it a day, but based on the images I’ve been able to dig up for Risky’s Revenge — I assume the one above is legit, since it looks pretty much the same as the screens in Nintendo Power — it looks much, much better. And knowing WayForward’s penchant for crazy animation, I’m sure it moves with as much grace as the DS can muster.

The really interesting thing about Risky’s Revenge is that WayForward is publishing it as episodic content. That’s pretty much accepted practice for point-and-click adventure games and even first-person shooters, but I don’t think I’ve ever heard of an episodic 2D platformer before. It’s a smart idea, though. For one thing, DSiWare has a hard ceiling for file size (I’ve heard it’s 50 Mb, but Nintendo won’t say for certain), and graphics this detailed take up a lot of space. For another, it means the game won’t be a money-losing prospect for WayForward. I’m an old-fashioned kind of guy who believes that creative people deserve to make a living from the fruits of their labors, and taking the episodic approach allows WayForward to release what will probably be a rather substantial game without taking a bath on it. As the carping over yesterday’s PSP Go sticker shock has demonstrated, gamers are reluctant to pay big gobs of money for digital-only content. But bite-sized chunks for bite-sized prices will help to keep things within a psychological safety zone.

I’m really glad to see WayForward seizing the opportunity to use DSiWare as a chance to self-publish where no one else would take up their cause — and it’s good to see self-publishers experimenting with different release and pricing structures. There have been some complaints that WayForward will be bilking gamers with the episodic structure, but I doubt that will be true. Good games are always worthwhile, and services like DSiWare will (hopefully) continue to remove the barrier represented by publishers that’s long existed between developers and fans.

It won’t get 7th Dragon translated, of course, but that’s why I bought a copy of the strategy guide while I was TGS. You gotta known when to cut your losses, these days.

19 thoughts on “2D: Living well is the best Revenge”