I recently watched the first season of the original Star Trek for the first time ever. It was sort of weird to realize that the local Fox affiliate that had licensed Trek back when I was into the whole franchise a blazillion years ago was seemingly terrified of the prospect of delving further back into the archives than the second season, but yeah — the whole box set was entire new to me, besides of course what I knew of the old episodes via reputation. Because there really were some legendary shows in that first season, groundbreaking television that shaped and influenced an entire genre. Of the nearly thirty episodes from that year, though, the one that most impressed me was “Balance of Terror.” 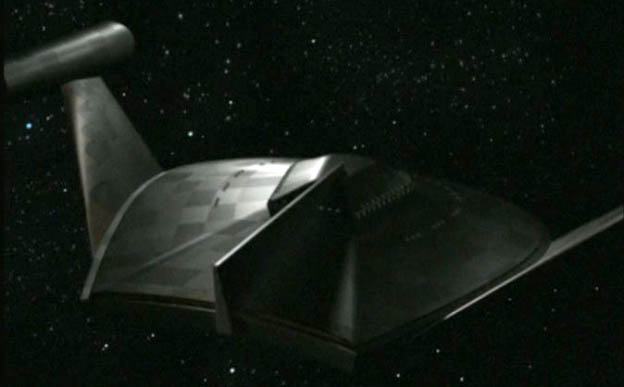 “Balance” is best known as the debut of the Romulans, and that’s a pretty good legacy to have. Romulans are a lot more interesting as enemies than the more familiar Klingons, because they’re less one-dimensional. On the contrary, part of what makes them so unusual — especially in their debut — is how much they resemble Spock’s noble, self-controlled race in all but demeanor. The most striking resemblance in “Balance,” though, isn’t within the characters but rather in the plot and structure of the episode itself.

Trek was basically a big Cold War parable, and here we have the obligatory submarine story — and a tightly-knit one, at that. Captain versus captain, a battle of wits and cunning. It’s a facet of Trek that I’ve only really seen in The Wrath of Khan. I never, ever saw it in The Next Generation for all the years I watched it, in the future’s future, everyone mostly just has internal conflict and is more concerned about how they feel about the threat of the week and never need to deal with a desperate fight for survival in the face of a devious foe. I used to really like Captain Picard, but ultimately I think I have to give the advantage to Kirk. He’s just as clever as his successor, but he’s a lot less angsty about it.

More than that, though, “Balance” did a fantastic job of humanizing (so to speak) the antagonists; while they were on a military mission, hoping to probe Federation defenses to find weaknesses in advance of a first strike, the Romulan captain was weary of war and was ultimately motivated by the drive to get the heck out of enemy territory and back to safety. (Also, he was later reincarnated as Spock’s dad, which I assume involved a time-travel trick similar to the new movie’s.) In the end, you know the Enterprise has to win the day’s encounter, ’cause otherwise it’s WAR!! But you don’t really feel good about the hard-fought victory. That’s quality television.

There’s a lot of speculation that future Trek feature films in the wake of the reboot will revisit situations and encounters from the old TV series. I would be totally fine with them using “Balance” as a starting point. Yeah, that means three movies in a row with a Romulan villain, but this one would actually be compelling!

21 thoughts on “Balance of Terror”