Maybe it’s just my weak-willed susceptibility to multimedia hype speaking here, but the shot of Klingon characters from Cryptic’s new Star Trek MMO piqued my interest in the game for the first time ever. I mean, Klingons, OK, fine — kind of a boring concept for a race. They’re angry and violent, blah blah blah. But I’d kind of assumed the MMO would have everyone playing human characters. But maybe not! 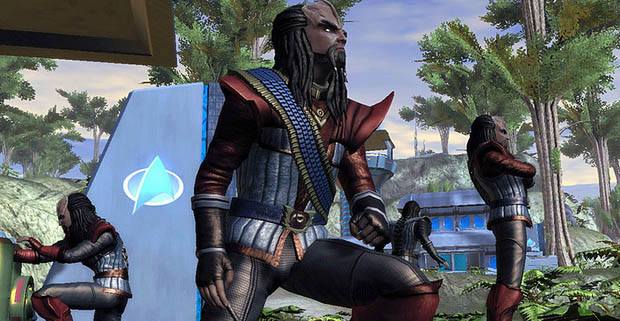 If I can be a Horta, I will totally subscribe to this game.

22 thoughts on “Across the universe”