America has failed me

I’d grown accustomed over the past few years to seeing fewer and fewer of Ziff Davis’s publications on the newsstands, since the company did its Game Group bloodletting slowly — a quarterly publication here, a monthly mag there — but my former employer’s issues were symptomatic of a larger ailment plaguing the U.S. publishing market. Last night I was distressed to discover that more than half of the gaming rags on the stands were British in origin; aside from a few last out-of-date copies of the final EGM, a couple of Plays and some officially-sanctioned Future publication, everything on sale was foreign. Somehow UK magazine imports have gone from being a boutique novelty to just about the only recourse for American gamers to find info in print. And with Future’s U.S. operations looking grimmer by the month, I don’t imagine that’s going to change. 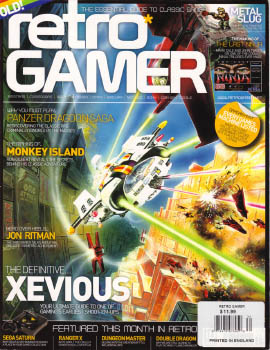 The only two gaming publications I even bother to keep track of these days are Retro Gamer from the UK and Continue, a Japanese quarterly concern that unfortunately has less and less to do with gaming with each passing issue due to Japan’s otaku demographic slowly mutating into lolicon-anime-obsessed psychopaths who only like Monster Hunter. (Or so I hear.) Not to denigrate Future’s U.S. magazines, all of which are just fine, but they don’t really offer anything I can’t find elsewhere. Which, I suppose, was everyone else’s feeling about Ziff’s magazines.

Retro Gamer and Continue are interesting because they both offer content I can’t necessarily find online, and they present it in an interesting way. Admittedly my eyes do glaze when I read yet another article about how some dudes who made a couple of rubbery-looking Spectrum graphical adventures in a garage in some tiny village outside of Leeds back in the ’80s are unsung geniuses of game design, and I do have to adjust my brain for the British press’s endemic habit of reminding everyone that Yanks only love bloody explosions in their shallow stupid games wot wot; but so it goes. Scrape out the condescending nationalism and you have some damn fine articles splashed across pages laden with classic pixel art. What’s not to love? And Continue makes me wish I read more Japanese, because it covers a wide array of offbeat topics and presents them in a structured but always unique format — my favorite being a comparison of the respective histories of Square and Enix penned at the time of their merger, which ended up informing the layout of my own book to a degree. Its shift to anime coverage is especially disappointing, because the magazine used to champion titles way outside the Japanese mainstream — I’m pretty sure it’s the only Japanese magazine to have featured Grand Theft Auto on its cover twice. (And that’s for a quarterly rather than weekly publication, which means far fewer cover opportunities.) 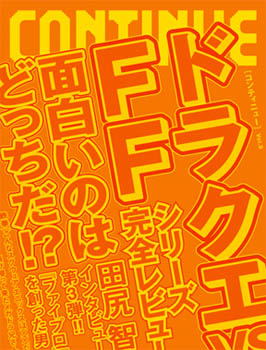 I’m sure a lot of it is geography. The UK is about, what, 100 miles from end to end? And while Japan is a bit longer, the bulk of the population is situated in a few major cities on a single island. That dramatically cuts down on warehousing and distribution costs, while America’s population is spread across several thousand miles, up and down two coasts, with significant populations in plenty of cities in between. Distributing any physical commodity just costs more here.

But I suspect there are cultural difference at work as well. I know Japanese gamers tend to pour a lot more money and attention into the things they enjoy; rather than exploring a wide breadth of things, they tend to focus on single subjects into which they plunge deeply. That’s why you see a few titles hit the top of the charts and a resulting explosion of corresponding merchandise over there; Americans, on the other hand, seem to want to meander, to dabble, and few franchises can support the sort of obsessive merchandising here that you see in Japan. Heck, even Halo 3 couldn’t sell through its initial shipment of cat helmet editions. Continue has been forced to adapt to its audience’s changing tastes, but it still exists, while it couldn’t possibly be a sustainable business here. I mean, I sold about 150 of my own books and lost money on them, and its content was culled from a site that’s pretty close in spirit and tone to the likes of Continue.

As for Retro Gamer…well, I don’t know. UK publications can subsist on smaller sales than American magazines (50,000 issues a month is tolerable there; EGM was shuttered at 650,000 a month), likely due to a difference in the British business mindset. American corporations seem to want constant, immediate profits, whereas in the UK it seems to be more about long-term sustainability. That could probably be ascribed to a difference in the overall maturity of each culture, but I’ll leave that for anthropologists to sort out. I think, too, that Retro Gamer scratches a very specific itch for the British gamer by focusing largely on a period of time when the nation’s gaming culture was somewhat insular and homegrown — a sort of nostalgic “glory days” kind of thing. Certainly plenty of UK devs are still around and have a distinctive personality, but the UK development community was quite possibly the hardest-hit by the consolidation, globalization and technical advances of the industry at large. For all that I joke about Spectrum and Amstrad games, the ’80s UK scene really was unique, a sort of gaming Galapagos where evolution happened differently, and I get the impression there’s a certain wistfulness about what’s been lost over the past 15 years or so. Maybe I’m wrong, though! But personally, I’m feeling pretty damn wistful about the U.S. gaming publication scene of, say, six years ago. So I can totally relate there, er, blokes?

When I started working at 1UP, my real ambition was to move into print — hopefully even to convince the company to launch a quarterly retro gaming publication. (From what I’ve heard, the higher-ups were actually looking into the possibility for a while, before everything came crashing down.) And I still harbor a hope of somehow finding a way to make it work in some capacity, even if I have to keep printing my own damn books and losing my shirt every time. But maybe, just maybe, as gaming and its audience matures, we’ll see a call for the video game equivalent of McSweeny’s Quarterly. Here’s hoping.

44 thoughts on “America has failed me”