White-knuckle journey blackened my eye and cut my lip

I’ve blogged a few times about the band Marillion and the fact that — even though the world regards them as irrelevant dinosaurs! — they’ve long been at the cutting edge of the Internet so far as the music business is concerned. They realized years ago that they have a small but loyal and technologically savvy fanbase that could be rallied through the web, and have parlayed that reality into wriggling their way out of suffocating studio contracts in order to record the music they want to create, funded by thousands of fans who pay for their albums a year or more in advance. In return, the fans get deluxe limited edition releases and, more importantly, good albums created without A&R men breathing down their necks for a hit single. Whether or not you like it is beside the point; we (the fans) do, and it’s great that the band has been able to innovate and survive. 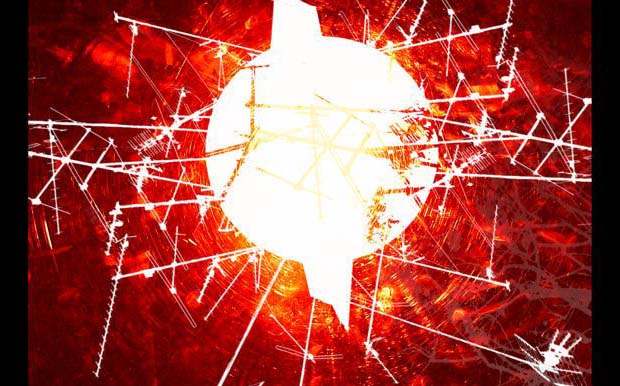 Anyway, they’ve gone the next mile for their upcoming album Happiness is the Road. In addition to doing the usual presale thing (including a fancy, alternate, two-disc version for us loyalists), they’ve also done something that eludes almost every other band in the world and recognized the existence of file-sharing. Rather than pretending that torrents of Happiness won’t appear online within minutes of its arrival in the hands of reviewers, they decided to beat the seeders to the punch and uploaded their own specially-prepared torrent of the album last week. Rather than scream and kick and curse and posture and threaten lawsuits, they’ve accepted reality and bowed to the scalawags of the Internet.

This made a lot of people very angry and has widely been regarded as a bad idea — but in fact, it was sort of brilliant. Their torrent isn’t top-quality, and it includes files encouraging listeners to buy a legit copy (Radiohead-style, for whatever you think it’s worth), and by pushing it out in advance of the album they ensure that their version will propagate across P2P networks as thoroughly as the eventual high-quality rips. A lot of fans feel slighted by the fact that the band appears to be giving special privileges to people who steal their work rather than support it in advance. I can understand their irritation, though; what baffles me are the people who are complaining that their first exposure to the music will be a low-quality rip…because apparently it’s difficult to refrain from downloading and listening to crappy versions of music, or something. Self-control, man, who wants to be bothered with that?