I posted a rather over-long and generally aimless Final Fantasy Tactics A2 preview today which I think paints the picture of a good (but not perfect) game. Yes: It is a critical preview, the sort of thing the Internet likes to complain that “no one ever writes.”

Now to sit back and wait for someone to complain because previews aren’t supposed to be so biased and how dare we. 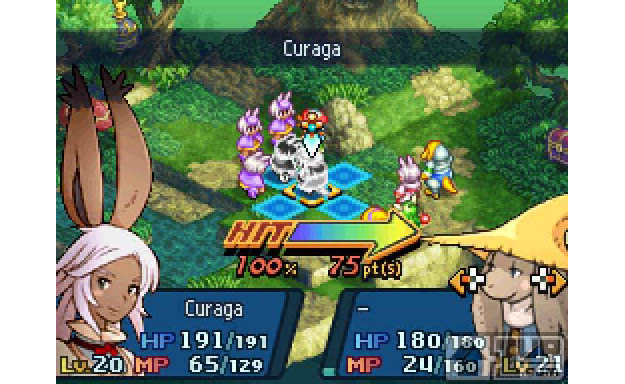 I started work on a Chocobo’s Dungeon review playthrough today, too. Between these and Crystal Chronicles and Final Fantasy IV, I’ve apparently become the site’s Associate Editor of Final Fantasy. (An append to my main job as Senior Editor of Metal Gear.) I can certainly think of worse fates! Still, I wouldn’t mind playing a first-person shooter again, someday. I vaguely remember liking those, I think.

Finally, I shall conclude my Final Fantasy IV review project with a haiku:

Challenge fierce on Earth
But once whaleborne in night’s sky?
Astronomical