As I imagine is the case with many foreign visitors to Tokyo’s Shimbashi Station, this restaurant’s sent certain members of our group into paroxysms of laughter. 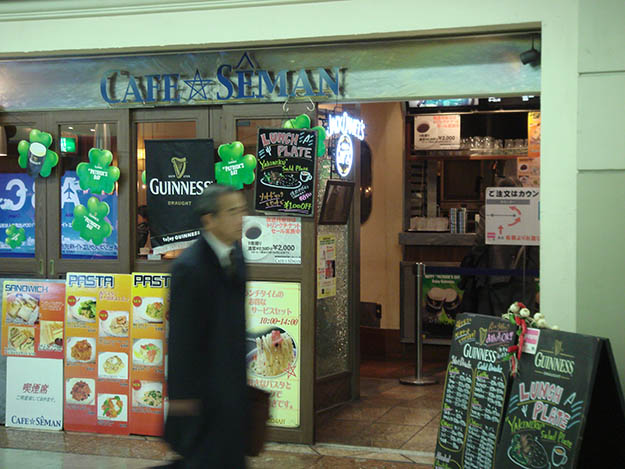 Not me, though. Which isn’t to say I’m particularly high-minded or anything. I was just too busy trying to sort out what ethnicity they’re shooting for here. The Irish accoutrements are a lie — I took this picture on St. Patrick’s Day, which a very tiny number of Japanese businesses seem to recognize — but the star in the logo and the color of the letters made me think it was maybe supposed to be Israeli food. Then I noticed the star is actually five-pointed rather than six, so my second guess was that it’s catering to the Satanist contingent.

A thorough study of the menu options suggests that this is in fact the case! Assuming that weirdly botched Japanese adaptations of foreign cuisine are the mandate of the Prince of Lies and not merely the result of well-intended ineptitude.