All the way off

I have a little game I like to play every time I’m in Japan. Well, two little games. The first is called, “Try not to be an ugly American!” Partly out of respect for the country I’m visiting — no one likes disruptive outsiders disturbing the peace — but also because I know, down inside, it rankles everyone a little bit to see an foreign failing to conform to their preconceptions. The other game, though, makes for more interesting blogs. It is called, “How hard can Japan rip off Starbucks?”

At first, I thought Excelsior Caffe deserved the prize — same typeface, same use of a circular logo element, and if you look at the initial letters of each word you’ll see a hint of Starbucks green. Then last year I noticed another cafe in Shibuya (whose name I’ve forgotten) which was even more blatant — bold use of green, blatant typographic matching, even a circular badge with something resembling Starbucks’ mermaid. But today, I think we have the grand prize winner: 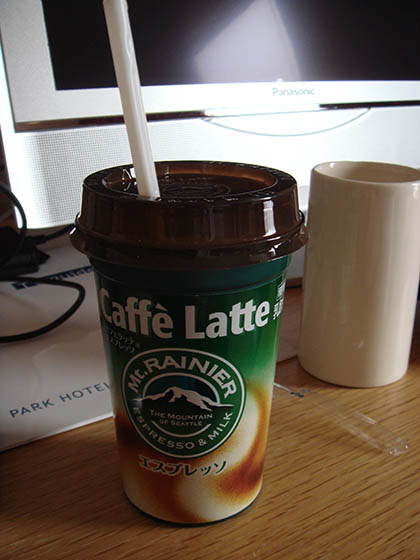 In fact, this is so Starbucks-esque I was almost certain it was actually just a sub-brand. But apparently not! This one’s gonna be tough to top, but I look forward to seeing who manages to pull it off when I return this October for TGS.

Or maybe it’s time for a new game altogether. Maybe I could try, “Man, is it depressing to visit Japan while the dollar is at a long-term low against the yen or what?”