Return to the labyrinth of the world tree

Now that the dust has settled from GDC, I can pause and appreciate what landed on my desk Friday: 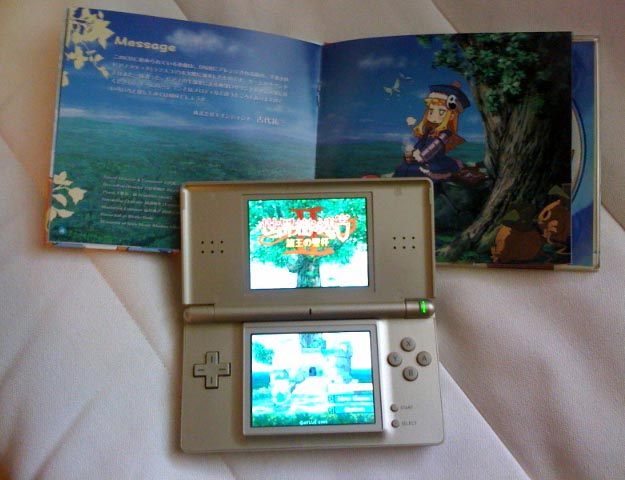 Yes, it’s Etrian Odyssey II. Well, Sekaiju No Meikyuu II. Plus bonus booklet and CD, which is being offered up as a sacrifice to Atlus USA in the hopes it will convince them to localize it. Not that I’m too worried — Etrian, if you’ve tried buying a copy lately, is nowhere to be found. Which means Atlus sold through its entire print run. Which, I am led to understand, is a sign that the game was a profitable success for Atlus. Which means there’s zero reason for them not to localize the sequel. Especially when you have moderately high-profile idiots calling the original the second best game published in what might in fact be the single strongest year for gaming ever.

Please note that this time around it’s a radically different game, as you’re ascending into the branches of the Yggsdrasil rather than descending into its roots. Madness!

Anyway, Atlus seems to be announcing new releases about three months before they actually ship, which means I still have until May (at the absolute minimum) to wrap up the original and secure that all-important end-game password. I guess I know what I’ll be taking with me on vacation next month. I’ll be in good company, I think — apparently the original was quite the sleeper in Japan, slowly building impressive enough sales through word-of-mouth that the sequel’s arrival netted a fair amount of enthusiasm in nerd-centric Akihabara.

24 thoughts on “Return to the labyrinth of the world tree”