I posted a few months ago about my love for Hasbro’s 25th Anniversary G.I. Joe toys, specifically because they actually did a mass-production run of the legendary Pimp Daddy Destro. I realize this sort of thing doesn’t make me much different than the Star Wars dudes who are going to buy Yarna, of course, but I have to admit there’s a certain pleasure in seeing newer, more detailed life being breathed into goofy things of my childhood.

Now it seems the company’s upping the ante by making figure sets based on the G.I. Joe cartoons, and they are… wonderfully nerdy. I can’t imagine this stuff is going to sell all that well, but I appreciate the fact that these will actually exist. 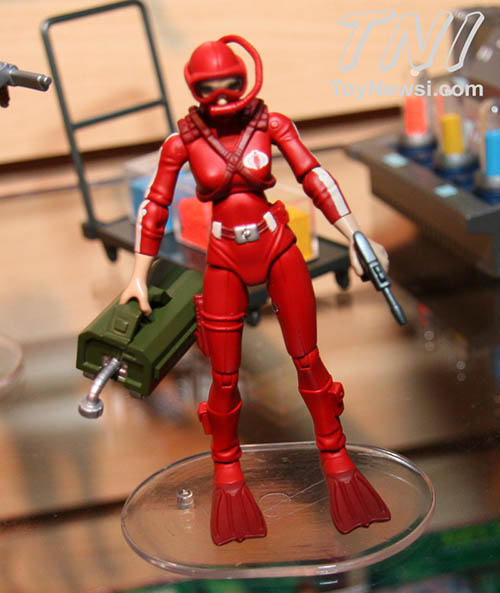 I’m pretty sure this is supposed to be the Baroness in scuba gear, complete with a handy little storage case for collecting “heavy water.”

Even better: animation-style Lady Jaye and Naughty Tentacle Roadblock. Take that, anime! We can do tentacles too. And come up with a funky rhyming couplet in the process. But will he use “pentacle” or “ventricle” as the rhyming word? It is a mystery. 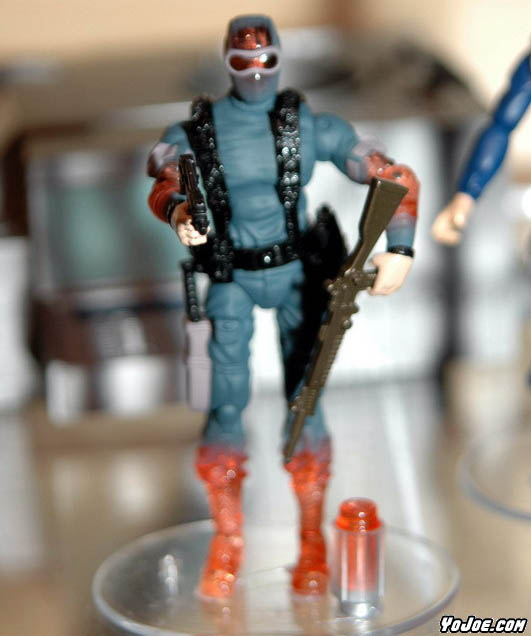 And finally, and best of all, Radioactive Snake-Eyes. I really hope this is a color-changing figure that goes back to normal in cold water, since this episode of the cartoon taught me that there’s no dose of radiation poisoning so fatal that it can’t be cured with a bath.

I’ve heard Hasbro’s going to keep the anniversary line going until they start churning out figures to tie in with the inevitably horrible live action movie due next year, so there’s plenty of further opportunity for this sort of thing. So if you happen to know anyone at the company, kindly pass along the following figure requests: