The best game of 2007 was… gosh, I don’t even know. So many candidates. It definitely wasn’t Crackdown, a deeply flawed and laughably shallow exercise in comic book violence. And yet, I enjoyed it more than anything else I played last year. (Except maybe Metal Gear Solid 3, but that doesn’t really count, since that was a “pile of shame” thing.)

How could this be? The answer is simple: I am a complete sucker for sandbox video games. 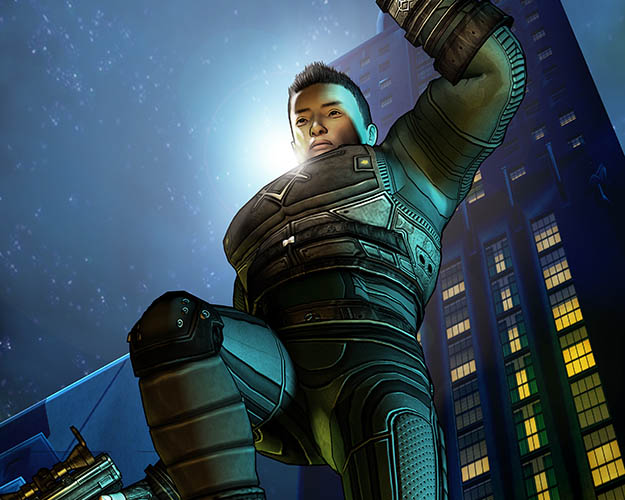 Of course, the term “sandbox game” is inherently meaningless. The idea behind the phrase is meant to denote a wide-open world that allows free-form gameplay which may not coincide with the precise objectives that the developers had in mind for you. In the hands of a cynical developer, this is a crutch for creators who were too lazy to create worthwhile goals of their own (“Eh, the consumer can make his own fun,”); in more ambitious hands, it means immense freedom that let the player approach the structured, “designed” portion of a game with an enormous amount of flexibility. Usually Grand Theft Auto III is credited with sparking the current craze for sandbox games (or maybe Shenmue), but they’ve been around much longer: The Sims, Tail of the Sun on PSOne, SimCity before that, even Ultima IV, really. But honestly, any game can be a sandbox. I had a friend in high school whose only interest with Super Mario Bros. 3 was to hang around in a little valley in one of the first worlds and jump on Goombas until time ran out. It was infuriating to watch, because it seemed so utterly pointless to an objective-oriented player like me. But it made her happy, and if you’re having fun with a game who’s to say you’re not playing it right?

Eh, that’s just semantic dickering, but it does relate to Crackdown. Because Crackdown is very much the definition of a sandbox game. It’s shaped in the mold of GTA, to a degree: it’s set in a large and completely open urban environment, it’s very violent, it involves frequent carjacking. Unlike GTA, though, it’s absolutely non-linear. The game gives you a single objective: to take down the various crime lords who have set up camp in the three different districts of Pacific City. You can go right after them from the first moments of the game, which is completely foolhardy because you’ll almost certainly die instantly. It’s foolhardy — but it’s possible. A better tactic is to go in the game’s intended sequence, which is to take down the weakest gang, then the Russian gang, then the multi-national genetics corporation. Better, but not strictly required. And within each gang, the better strategy is to gun for the low-level enforcers before taking down their leader; not only does this beef up your stats, it also weakens the boss by reducing the general health of the gang. But you don’t have to do it that way. 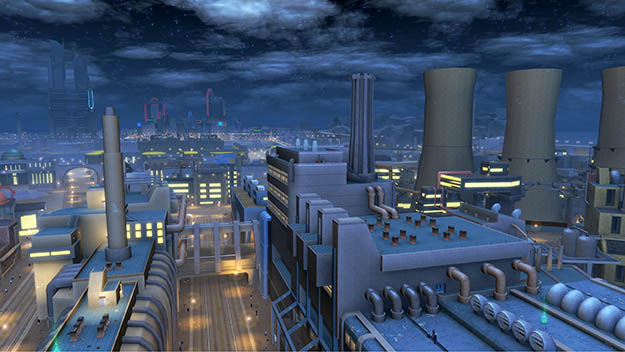 It’s a very clever idea that has its roots in western-developed PC RPGs. Of course, it plays out rather differently here, as I don’t think an awful lot of PC RPGs had you playing a super-powered police agent ascending buildings and creating general mayhem in a cityscape set 20 minutes into the future. Details, details. Crackdown has some other RPG-ish elements, I guess — namely, leveling up. But what game doesn’t, these days?

The leveling system in Crackdown is a bit of genius, though. Adding levels to an action game is an inherently difficult proposition — traditional RPG categories like “luck” and “wisdom” don’t really apply to a game where you’re mostly running and shooting. Crackdown, though, offers palpable rewards for pursuing levels. Pacific City is a giant playground of skyscrapers and automobiles and people who want to kill you, and as you upgrade your agent you find you’ll have an easier time of using these game elements to their full potential. When you start out, you’re tough… by the end of the game, though, you’re a total monster, capable of punching a dude so hard he flies a hundred meters, able to make half a city block explode with a well-placed rocket. And most importantly, you can leap higher. 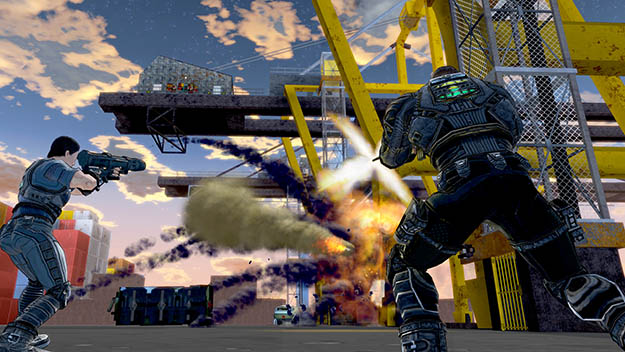 It’s the parkour element that truly makes Crackdown addictive. If you see a high point, you can climb to it. And if not, you can climb to slightly less high places and find some Agility Orbs, which will eventually add up to a level boost that will help you scale that previously insurmountable peak. Other sandbox games tend to take place at ground level, forcing you to scurry about the streets. In Crackdown, buildings are a minor obstacle to be scaled in order to give you an advantage over the bad guys. Just ask Anakin — holding the high ground is everything when it comes to combat. And the online co-op gameplay was fantastic, too, since it basically set another person loose in your city to help you, hinder you, or just run off to their own chunk of the city and do something completely different than you. I didn’t do as much co-op as I would have liked, but our previews minion Alice joined me for a few hours that mostly involved us trying to set up jenga-esque piles of girders to throw one another across the docks. It was essentially the equivalent of standing in a little valley jumping on Goombas for an hour, but it was fun — so who’s to say we weren’t playing the game “right”?

Oh, Crackdown has its shortcomings. There’s a notable lack of truly worthwhile enemies to deal with; by the end of the game, nothing can stop you. The enemy bosses lack variety, and the story is pretty dumb. Some of the weapons are kind of pointless — once you crank up your gun skill, there’s no reason to go with anything but the Shai-Gen pistol and the homing rocket launcher to let you blow up anything you can’t take down in a single headshot. Enemies don’t scale up, so if you go out of the intended mission sequence you’ll find the guys you skipped are a total cakewalk. But compared to 2007’s other big sandbox adventure, Assassin’s Creed, Crackdown does a much better job of keeping the player engaged until the end — new abilities and skill enhancements are doled out as you play, each target requires considerably different tactics. It even does those inevitable random pickups that litter this sort of game well — not only do the collectable orbs make a sound effect when you’re nearby to help you home in on them even if you can’t see them, grabbing them adds considerably to your agent’s repertoire of skills. Yes, an actual, tangible reward for going to the trouble of searching every nook and cranny, not just Gamerscore points. What an inspiration!

So no, it’s not perfect. But it’s the only game I loved enough to play through twice in 2007. And coming at the expense of plenty of other perfectly deserving games as it did, that says something. 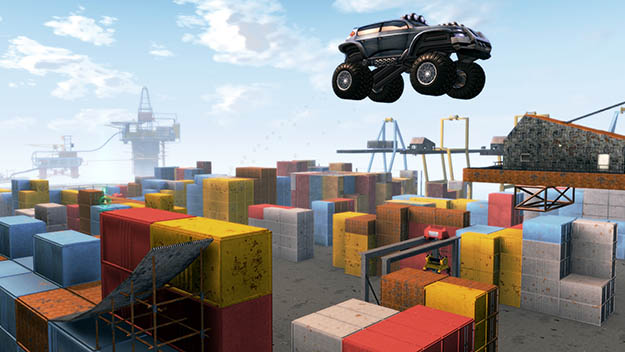 Oh, yeah, one last thing. If Crackdown were music? It would be your favorite guilty pleasure band. The one you know isn’t really that good, but you love it anyway, and screw all the haters. So Journey, I guess. Which means that even though Real-Time Worlds isn’t working on a sequel yet, well…. don’t stop believin’.

Also: Retronauts is back. Like, really back. Our new full-time Podcast Producer will kick our butts if we slack off. Enjoy the magic of 1997! Next time: something something.