And my uninspiring, unimaginative filler content continues apace with my seventh favorite game of the year. 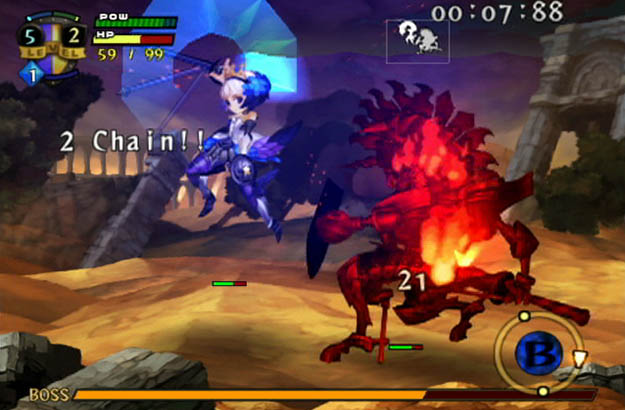 There is a secret to getting the most out of Odin Sphere: do not play it all in one go.

Part RPG, part action brawler, part storybook puppet show, Odin Sphere is a sixty-hour game divided into twelve-hour chunks which, in the aggregate, can become crushingly repetitive. The long-awaited (by a few dozen people) follow-up to Princess Crown is a minor masterpiece, but it also demonstrates the failings of the industry that birthed the game — or at the very least, it arrived about a year too soon, on the wrong platform. Had each of its five chapters arrived two months apart from one another as $10 chunks of episodic content on Xbox 360, it would probably be hailed far and wide as a work of genius. Instead, it can feel like a little too much repackaging of too little content.

That is a shame, because Odin Sphere offers more than just its obvious strengths (namely, those amazing graphics and a typically delicate Hitoshi Sakimoto score). It’s a beautiful game, pushing 2D visuals that absolutely work the PS2 to its limits (witness some of the sloggier boss battle for slow-riffic examples) — and, perhaps more importantly, 2D visuals that seem to be a forgotten art in an era of five-pass textures and HDR lighting. Not that there’s anything wrong with looking as beautiful as BioShock or Halo 3… but seeing that old techniques and styles haven’t been forgotten is, well, heartening. In a world of corporate radio-friendly rock anthems, Odin Sphere is a quiet folk tune; a little rough, a little simplistic, but heartfelt.

And charmingly quirky, if you’re willing to get into the creator’s head. Otherwise, it’s just plan quirky. 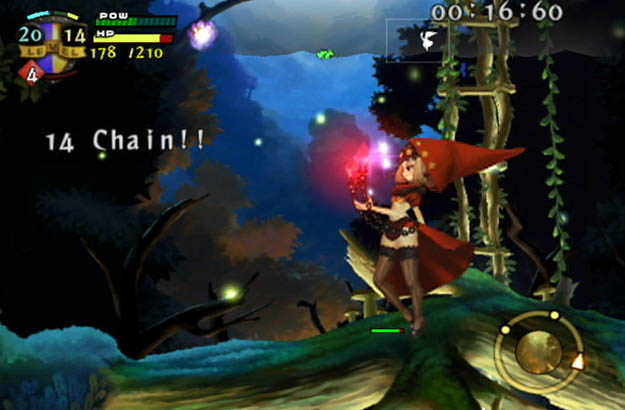 Odin Sphere is a game that’s very much about cycles and repetition — every stage is circular, menus are presented as rings, and each of the five playable characters cover much of the same ground as the others. Taken in a single dose, it can feel almost oppressive, especially given the fairly limited nature of combat. You attack, you block, you do a jumping attack, you cast limited magic spells.

Yet that’s really sort of the point, and whether you see this circularity as a strength or a weakness is what determines your like or dislike of the game. For me, Odin Sphere’s gameplay is almost rhythmic — a sensation enhanced by its unconventional item “crafting” system, which sees you planting and harvesting seeds that are almost literally watered with the blood of your fallen foes. Generally, each level consists of a few minutes of manic intensity followed by a few moments of quiet in which I took time to collect the various fruits, roots and, uh, sheep summoned forth by my combat horticulture. 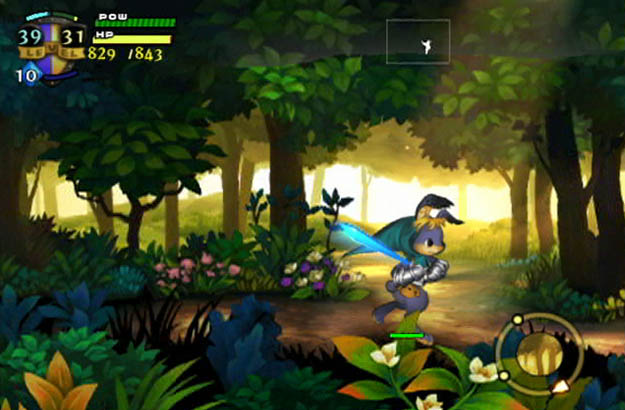 And in these steady rhythms, the whole of game takes shape. Turns out that this shape is fractal. The cycles of battle and the circular battlefields are reflected by the consistent progressions of each different world, which in turn give form to the Roshomon-style narrative. Admittedly, the story would be stronger if it came clean and used actual Norse mythological figures rather than thinly-veiled analogues. Yet even this failing isn’t particularly painful, since the watered-down Valkyries and gods and mortals are still written as sympathetic characters with sufficient pathos and personality to drive the story.

Certainly it’s not the sort of game that plays to everyone’s preferences — taken as a whole, it threatens to be grindingly dull. Taken chapter-by-chapter, though, Odin Sphere is an intriguing, involving and idiosyncratic experience.