Well, one pile: the Pile of Shame. I decided to make a stack of the games I’ve let slip past in the past few years but really need to catch up on. And it’s big! Actually, it’s bigger than this, because I’ve added the other PS2 Megaten games and a bunch of titles from older disc-based consoles as well (Saturn, PlayStation, Turbo Duo). Also those PC RPGs I posted about last week. Looks like my 2008 is set. 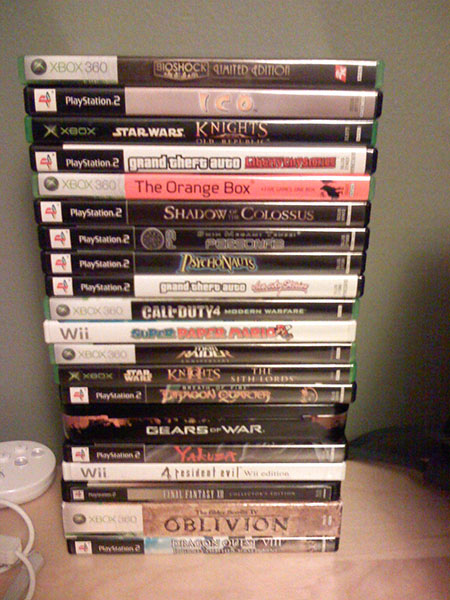 This could also be used to deduce the general shape of Fun Clubs to come, maybe. But for now, I must brace myself for the onslaught of “oh, game x isn’t worth playing” and “omg I can’t believe you haven’t played y you scumbag” comments that inevitably follow such posts, obvious to the fact that (1) these are the things I want to play and (2) lol free time.

57 thoughts on “Suffering from piles”