Wii of the heart

It’s been a while since I last checked in on my ever-growing Mii Parade; it seems to be slowing down a bit, probably because I’m running into a realistic limit on how many Miis most people want to create and put on roam. And that is okay. It’s still growing at a fairly prodigious rate, as you can see: 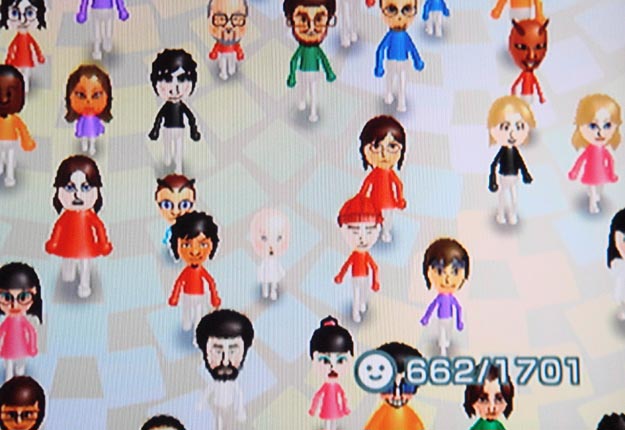 Given the sum total to date, I guess I can say my Mii Parade is officially a successful enterprise.

I’m sorry. That was terrible.

Also! Thanks for the belated birthday wishes and whatever, but my lamentations re: my mortality memorial were not to be taken too seriously. When I’m actually upset about something, blogs are the last place I’d mention it. I know better than to trust the Internet with such fragile concepts as sincerity.