Less than a day until I board the plane, crammed in between other people of unknown hygiene and courtesy, and spend 10 hours in the air flying to Narita. Long-time readers will recall that this is not my first flight to Japan, although the chronicle of my travels and travails have been lost to the ether quite deliberately since my previous trip overseas was part and parcel of an ex-relationship. It is always very awkward to dwell in the past in such situations. Unless, of course, your name is Jeffrey Brown. According to the site’s copyright indicia, mine is not.

For the record, I don’t think this trip will be quite as entertaining to write about as the last. It’s basically going to be me and a bunch of other white nerds in very controlled environments rather than, say, an actual vacation. Although if my travel companions insist on eschewing actual Japanese food in favor of McDonald’s and Denny’s for every meal (as they’re rumored to do), my murderous rampage might make the headlines. Stay tuned!

By the way, I forgot to mention that my newly-acquired personal electronic device is not white: 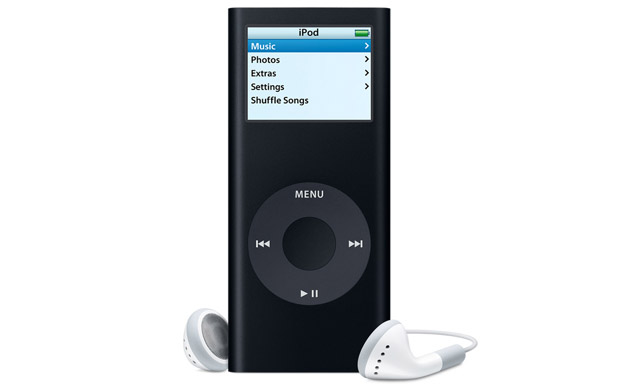 So you can drop that particular running joke. Thanks to the helpful wisdom of Dezro, I did eventually buy a mic for my new nano, and it works surprisingly well. I’m sure I’ll look like a complete twit using an iPod in lieu of an actual tape recorder at interviews, but it’s not like I have a choice in the matter since the curious Ziff Davis epidemic which causes people to borrow your belongings and never return them laid claim to my recorder ages ago. We had a great run, little guy. I’ll miss you.