OK, nerds, we need to have a talk. No, no, not you normal harmless nerds; you’re fine, and you fuel our economy with your inability to save money when confronted by useless baubles and trinkets. America needs you. And by “you” I mean “us.”

No, I’m talking about the really scary obsessive otaku-types. You guys have been on uneasy terms with the rest of the world for a while, and rightly so. But this time, guys, you’ve gone too far. I’m talking, of course, about this: 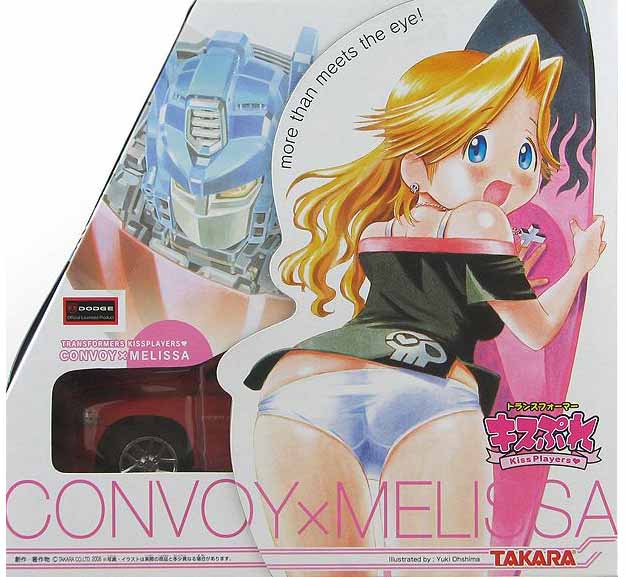 I’ve been willing to put up with your creepy, distasteful antics so far. Sure, I don’t necessarily feel comfortable with your antics, especially not the man-sized body pillows printed with silkscreened images of nude 12-year-old girls or the mousepads with gel wrist supporters in the shape of breasts or the game character figurines with removable clothing. (Uh, don’t click those links.) They leave an unpleasant taste in the mouth, yeah, but they’re all harmless niche products purchased furtively and secured in your secret lairs (MOM AND DAD I TOLD YOU NOT TO COME DOWN HERE WITHOUT KNOCKING FIRST), leaving the rest of the world safe from your developmentally arrested obsessions.

But Transformers, guys, Transformers. This is childhood. And I don’t just mean your childhood, to which you cling with increasing desperation by buying every Transformers variant you can find and then going online to gripe about the every minor change made to the plastic toys you could never emotionally bear to let go of. No, I mean kids, those tiny gnome-like creatures for whom Transformers are actually created and marketed, even today. Yes, you think it’s clever to call them “crotch droppings” and rage about how you’ll never bring more disgusting “carpet rats” into the world — as if you’d ever have the chance — but like it or not they’re who the toymakers are after. Not you. It’s fine to indulge yourself by picking up the occasional fondly-remembered recreation of a favorite character or whatever; that’s what nostalgia is about. But demanding the manufacturers supplicate to your whims — you, a tiny niche of consumerism, far outside the profitability of the mainstream? That’s always a little embarrassing to watch.

But now you’ve spoiled even that; clearly, you exist in such numbers now that Takara has created a Transformers line just for you, supported by tentacle manga and featuring packaging with underaged girls showing off their underwear. You’d probably think, from the box art, that the little girl is a major component of this toy, but if you actually look at the package interior she’s only a tiny little piece of plastic. Like a Headmaster, but redolent of fetishes best left unspoken… especially with the downright unnerving premise that being kissed by young girls “energizes” the robots. Basically she’s just the final proof that you spoil everything you touch and that you’re horrible monsters. Please stop now before you kill again.

At least I have the satisfaction of knowing that this version of Optimus Prime turns into a pick-up truck rather than the classic semi cab. That little deviation from “canonical purity” is going to drive you completely nuts.