“Pirates of the Caribbean II” was, as expected, seriously terrible. Worse than I expected, actually, and that’s despite my desperate attempts to enjoy it. Ticket prices these days are far too high to waste money on movies you hate, you see, so I do my best to make the most of everything I see. But some things are too awful for even the best of intentions to salvage. The occasional moments of humor and the interesting monster designs couldn’t offset the unrelenting dumbness on display. I didn’t really enjoy the first movie, but the sequel gave me one of those Xenogears/Xenosaga moments where I realized that the original, for all its flaws, could have been so much worse.

Sometime last week, I read an article that discussed why modern CDs sound so awful: they’re being engineered for loudness, so the dynamic range of older recordings has been abandoned in favor of a constant torrent of full-throttle sound. The result is that there are no moments of quietness to give your ears a break, just non-stop forceful excitement. This has the net effect of making the sound incredibly boring due to its sheer monotony. “Dead Man’s Chest” is the cinematic equivalent of that — it’s always blaring at maximum volume, so to speak, making it the most tedious action movie I can ever recall having watched. By the time the crew headed into the swamp to sort out what to do about Jack Sparrow, I was close to tears at the thought of the 30-45 minutes of drudgery that this new sidequest would require. Needless to say, I’ve never been so happy to see a cliffhanger ending. 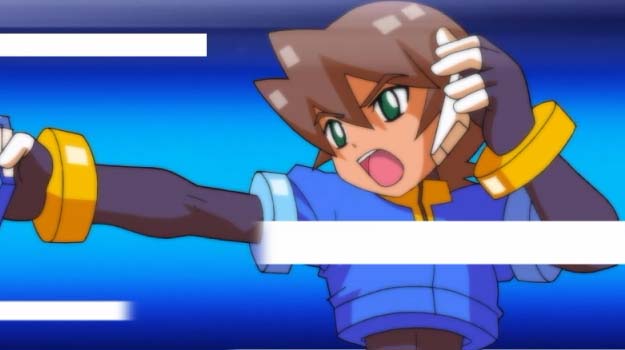 At the other end of the quality spectrum, Mega Man ZX and Loco Roco are pretty much pure blissfull happiness. Loco Roco is probably, technically speaking, more blissful and happy than ZX, but it’s ZX (pronounced “zechs,” like “sex” for you filthy-minded types who live for mnemonics) that has me sneaking away from my current review obligations to put in a few more minutes of game time whenever I can. 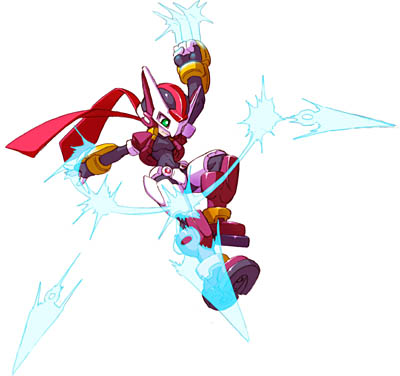 Capcom has created its very own grand unifying theory of Mega Man games here, a title that pulls together the best parts of the classic series (the boss-derived power-ups are the most streamlined and practical they’ve been since MM2), the X games (the loving nod to the original MMX is enough to bring a tear to your eye), the Zero series (for obvious reasons) and even Legends (with its open-ended world design built of interconnected stages focused around a central hub city area). That does leave Battle Network out in the cold, but tough luck.

The most impressive thing about ZX is that it has the aesthetics and play control of the Zero games — which have always been exceptional — but tones the difficulty down slightly to something that actually feels balanced. (Masochists take heart: there’s an unlockable Hard mode which will have you reaching for your GameShark.) And despite its Metroidvania-esque feel there’s no shortage of challenge, including some tricky platform jumping that’s just as tough in reverse. And here you thought it couldn’t be done.

Anyway, unless the finale turns out to be mind-blowing, ZX won’t become my favorite Mega Man game. But it’s definitely jockeying for a top-five slot. Will it convince me to forgive and forget Mega Man X6? Mmmm… nah. Nothing is that good.

Edit: Heidi MacDonald reams Pirates with far more panache than I could bother to muster.